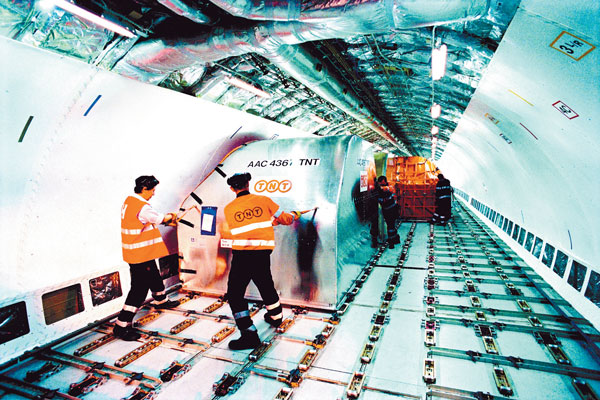 TNT Express’s disappointing fourth quarter results revealed little about the future strategic direction the company will take in the aftermath of UPS’s abandonment of its $6.9 billion bid for the Netherlands-based integrator in January.

The deal’s collapse, in the face of stern opposition from the European Commission, punctured UPS’s European expansion efforts and proved a boon to rivals DHL and FedEX.

But it also leaves TNT in a state of some disarray. CEO Marie-Christine Lombard left the company for Geodis in September on the assumption the UPS deal would be pushed through, leaving Bernard Bot to serve as interim CEO. TNT’s stock price has plunged, and the company has been left scrambling to retain customers, investors and employees after a year of uncertainty and distraction.

An executive shakeup could be part of the “profit improvement plan” due to be announced on March 25 when TNT has promised to reveal how it will recover from the UPS debacle and cope with the “challenging” trading conditions it expects to face over the rest of 2013.

Mark McVicar, head of transportation research for Europe, the Middle East and Africa at investment bank Nomura, said the collapse of the UPS merger would force TNT to rationalize its global operations to address poor profitability. Any potential buyers would result in the divestment of non-core assets overseas, particularly in domestic markets where TNT has struggled to make its mark and that have frequently proven incompatible with its premium international services.

There is a precedent for this strategy in India. TNT in late 2011 sold its Indian domestic business to India Equity Partners, which it then agreed to use as its preferred partner for domestic road delivery. The deal was proof positive that TNT’s efforts to turn itself into a truly global express operator had come unstuck — the sale came only five years after TNT had moved into the India market with the purchase of ARC India, which operated a road network under the trade name Speedage Express Cargo Services.

TNT’s Latin American delivery business looks set to be the first on the auction block with the company still struggling to push its Brazil operation into the black. TNT’s latest fourth quarter financial statement included the admission that divestment opportunities for Brazil are being pursued. The company lost 148 million euros ($197.6 million) in the quarter, down from 173 million euros a year earlier.

The company’s Chinese domestic delivery business is also something of a lame duck, and an expensive one at that. TNT completed the acquisition of domestic freight and parcel operator Hoau in 2007 amid great fanfare about the 1,100 depots, 56 hubs and 3,000 vehicles it added to the integrator’s Chinese business. Since then, losses have accumulated rapidly, with a goodwill impairment of 75 million euro  ($100 million) attributed to Hoau in TNT’s fourth quarter accounts.

“The Chinese domestic business has been looking for a partner/buyer for almost a year now,” McVicar said.

Bot said the outcome of the divestment process for the company’s China domestic business would be revealed this quarter. Some believe parts or even the entire Hoau business could be closed, despite the massive capital loss this would represent.

“TNT Express’s strengths are the foundation of the strategy update that we are currently undertaking,” Bot said in a statement issued with the company’s fourth quarter results. “There are many positive actions we can take to improve profitability and we look forward to providing a full update on 25 March 2013. Divestment opportunities for our domestic activities in Brazil and China are being secured. The outcome for China Domestic will soon be known.”

The jewels in TNT’s Asia-Pacific crown are a high-performing Australia parcels network, which operates almost autonomously and with limited interaction with the rest of the global TNT network, and its Asia Road Network, which links China to Southeast Asia via time-definite international road services.

Whether these assets will be deemed core or non-core remains to be seen. Some smart judges believe the way forward for TNT will be to use its international network to feed its dense European operation, reduce its multilayered management system to become more agile, and cut back on fixed costs where possible, not least in the operation of in-house freighters as air bridges.

But TNT’s global strategy shifts have consistently confounded analysts in recent years. Much rests on the March 25 grand plan.