China’s P3 rejection a wake-up call to US agency 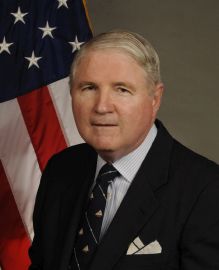 Will this impact export & import shipments from & to the USA— The only U.S. Federal Maritime Commissioner to cast a vote against the P3 Network said Chinese authorities might have done the agency “a favor by forcing us to look at our regulatory standards within this new world” of massive vessel-sharing agreements.

Commissioner Richard Lidinsky wants the FMC to take a look at the Shipping Act of 1984 to determine whether it’s still the right “yardstick” to measure whether ever-larger VSAs should be allowed. The European Commission earlier this month said the proposed P3 — involving Maersk Line, CMA CGM and Mediterranean Shipping Co. — didn’t run afoul of competitive rules, giving the alliance a virtual go-ahead signal. But Chinese regulators shocked the shipping industry yesterday in rejecting the VSA, saying it would be anticompetitive and not supportive of the “social public interest.”

“I think the lesson learned for the commission is that maybe our experts and analysts missed some of the things the Chinese saw, not in terms of analyzing China trade … but the bigger and broader question of the impact of the alliance,” Lidinsky told the JOC. “If the alliance is global, we need to take a global view of it.”

Under the Shipping Act of 1984, FMC commissioners determine whether to allow a VSA or seek a federal injunction by determining whether the agreement would likely cause an unreasonable increase in transport costs, an unreasonable decrease in service or both. Commissioner voted 4-1 in March to allow the P3 to take effect in U.S. trade lanes. The FMC yesterday defended its decision in a statement, saying it conducted an extensive review of the VSA and would have subjected the trio to tight monitoring requirements.

“The FMC, in evaluating such agreements, will continue to balance those benefits with the potential harm from a concentration of decision-making power in terms of port coverage, sailing schedules, and necessary trade lane capacity.”

Since the implementation of the act, the FMC has reviewed thousands of agreement and only sought an injunction against one. The FMC in 2008 sought a preliminary injunction against certain aspects of the Los Angeles-Long Beach clean-trucks program. The agency later dropped the lawsuit and ended its investigation of the program.

“If anybody from Mars landed here and was being told that this agency was given the authority but had never seen a VSA that violated the standard, then they would ask, ‘Is it just an ATM for agreements or do we need to get a new yardstick in how we call these things into question?’” Lidinsky said.

Lidinsky expects more massive vessel-sharing agreement to be proposed, but he thinks China’s rejection of the P3 sent a signal about overreaching. The expansion of the G6 Alliance into the Asia-U.S. West Coast and trans-Atlantic trades — which Lidinsky joined his fellow commissioner in voting to allow — is a model for the future, he said. Through the VSA, the carriers — APL, Hapag-Lloyd, Hyundai Merchant Marine, MOL, NYK and OOCL — are doing more than just trying to fill their big ships, Lidinsky said. Instead, the carriers, which have similarly sized ships, are expanding their geographic reach, and the VSA will benefit U.S. East Coast ports, Lidinsky said.

In comparison, the proposed P3 was a “de facto merger” intended by Maersk to mitigate its misstep in building such large vessels that it created a “capacity monster.” Lidinsky said he couldn’t understand why successful carriers MSC and CMA CGM would take such a subservient position to the Maersk. Not only would the alliance have been run by a former Maersk executive, but the liner would be calling the shots on slot sharing, he said.

“P3 members treated [regulatory approval] like it was a slamdunk [with an attitude of] ‘We have to check in with these guys but we will have it running by Christmas and nobody can oppose us,” Lidinsky said.

One shipper told Lidinsky that Maersk during contract negotiations last spring was already talking about special P3 rates. There was word that MSC and CMA CGM executives were rereading the fine print and realizing the extent to which Maersk would helm the ship, he said.

“Someone used the analogy that there were warning signs during the engagement, but MSC and CMA CGM got out of a bad marriage without having a wedding night,” Lidinsky said.

Viewing China’s block of the P3 as way to protect its top two carriers, Cosco and China Shipping, is too easy, he said. During a December summit hosted by the FMC, it was clear that the Chinese regulators took pride in their procedures and even noted they copied some of their framework from the U.S. agency.

“I think (the Chinese) did take account of the bigger picture, “ Lidinsky said.

In our recent blogs, we discussed Labor issues, port & road infrastructues. All  very concerning to keeo a competitiv edge, Howver, what we see is a slow growing trend on the domestic & international destinations.

Call ETC International Freight System at 1-800-383-3157 or email your freight query to sales@etcinternational ,com or visit our website to know of our large scope of servicr=es taht we offer: www.etcinternational.com